Understanding what is happening at the border 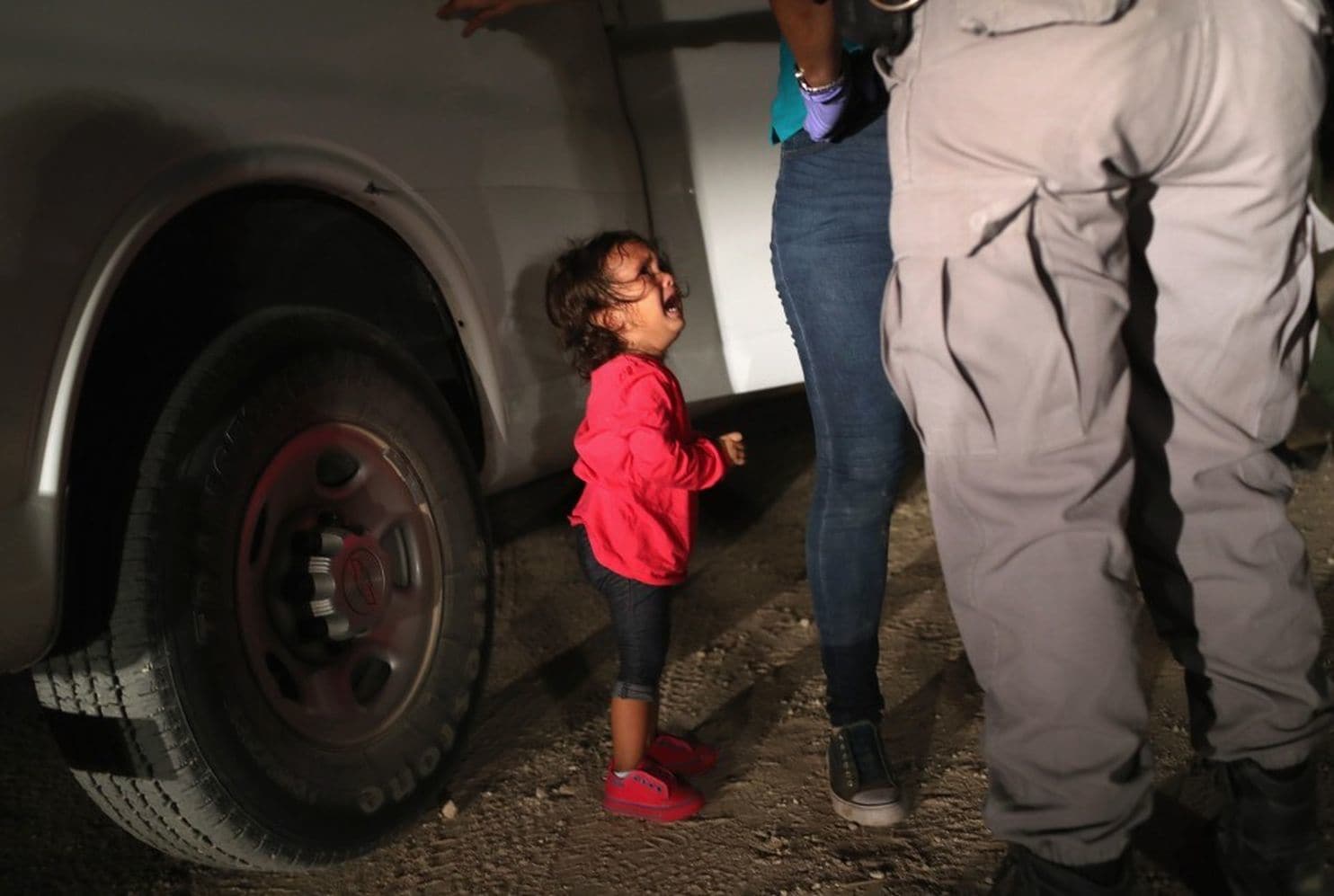 There are a lot of headlines and outrage, but not a lot of understanding about the separation of parents and children at the border. There is a whole lot going on here. I will try to explain to the best of my ability and understanding.

First off, there are 2 separate groups to consider here. The first being refugees fleeing violence in central and south america. Asking for refugee status is a 100% legal form of immigration. The second are the more traditional people illegally crossing the border to look for work.

Trump loves to falsely claim that it is Democrat’s policy to separate children at the border. To understand that, we have to look back into the ancient history of the Obama administration. During 2014-2015 there was an influx of unaccompanied minors from central america claiming refugee status. In response, laws/policies were put into place to put these children into shelters run by the Department of Health and Human Services (HHS) until those children could be placed with family members, friends of the family, or foster care. Policies were also put in place to ensure that those children were not being placed with human traffickers or other predators. We can all agree that those are good things.

A person cannot claim refugee status from their home country. Essentially, they must cross the border, then claim refugee status. As such, if refugees cross at a non-official border crossing, they seek out police or border control and turn themselves in. Even when they come to an official border crossing, they basically have to charge across the border, then stop and turn themselves in.

There are 3 steps to claiming refugee status. First, you cross the border and turn yourself in. Second, you have an immigration review with someone from ICE to determine whether you have a vaguely credible claim. Then, if you pass the review, you are scheduled for an immigration hearing before an immigration judge. In the interim, the person is released to stay in the US. That is the “catch and release” the Trump administration is always talking about. Anyone claiming refugee status has every reason to show up for their hearing with the immigration judge. It is against their interest to “just disappear”.

How do you go from that to justifying separating children from parents? Crossing the border, either anywhere except for a designated border crossing, or without proper papers (visas) is a misdemeanor crime. The equivalent of trespassing.

The Trump administration policy is to prosecute everyone for crossing the border illegally, regardless of whether they are refugees or not. That means that the parents are arrested and sent to prison for a few days until they can get a hearing with the ICE review board to determine whether they have a credible claim for refugee status. Once the parents are charged with a crime and sent to prison, the children are declared to be unaccompanied minors and placed into the HHS system created under the Obama administration.

Once the children are separated, ICE then tells the parents that if they plead guilty to crossing the border illegally, they will get their kids back. Under the Trump administration, any crime at all, is grounds for deportation. By pleading guilty to crossing illegally, the parents all but guarantee that their review a few days later will result in a deportation order with a prohibition against legally entering the US again for 2 to 10 years. So the parents are given a choice, usually without legal representation or understanding of the consequences, to plead guilty and (supposedly) get their children back, or refuse and be separated from their children indefinitely.

To add insult to injury, when ICE turned children over to HHS, they did not bother to pass along information connecting the children to their parents. HHS did not turn over to ICE where they moved each child to. So parents could be deported, after pleading guilty, and still have to wait weeks or even months before their children were tracked down and deported back to them. ICE has announced, this week, that they reached an agreement with HHS to share information about the location of the children in order to reunite them more quickly. Though it could still take days or weeks. This is after the announcement that HHS will share the information about who true unaccompanied minors are placed with so that ICE and deport as many of them as possible.

We need to understand that both refugee and economic immigrants are largely a result of US policies over the last 40-50 years. The failed war on drugs created and sustains the cartel and gang violence. We have a long history of overthrowing or destabilizing democratically elected governments that were hostile to US business interests in favor of dictators or corrupt governments that could be easily bribed. In addition, economic policies, such as NAFTA and other free trade agreements, have led to the decline of the middle class in Mexico as much as in the US.

We learned this week that Trump adviser Steven Miller was a major force behind the family separation policy. He is the same person who was the architect behind Trump’s Muslim ban. If you look back through his history of statements, he seems to admire Nazi tactics to marginalize “those people” and any policy to support a white christian patriarchy. So finding out that he is behind this, is not surprising at all.

If you look at the public statements of Trump and Miller, as well as changes to US immigration laws put forth by the administration, the picture becomes more clear.

1) Trump has asked why we don’t have more immigrants from Norway (Europe). Implicit in that is white and christian.

2) An end to the diversity lottery system and chain migration (like how Melania’s parents came).

3) A change to merit based immigration.

4) No change to being able to buy a green card. Yes, by US law, you can buy a green card by investing $500,000 or more in a new business or construction project. Like how Trump got funding from Russians for some of his construction projects and what Kushner’s family were touting, along with their White House connections for fast-tracking, to Chinese investors a year ago.

The picture becomes clear. The only acceptable immigrants/refugees are Christians from the middle east, rich people, and white Europeans who, thanks to Trump, consider the US to be a shithole country.

I will close with this. The stated goal of the policy of separating families is to create as much pain and suffering as possible to act as a deterrent. The word that best describes it is malicious. I have never heard it stated that being malicious is an American value.

The plight of these families is heartbreaking. What might be even more distressing is the millions of Americans who support and even cheer for these policies. These people are saying that yes, being malicious, is in fact an American value. We aren’t even trying to pretend to be the shining city on the hill. That is a country I no longer recognize.

Correction: This post incorrectly describes what happens with refugees at a legal crossing. At a legal crossing they are able to process through normally and are not separated. However, most crossings have quotas or limits on how many they are allowed to process per day. Most of the quotas appear to be set very low (10-15) intentionally to try to get people to give up. That can and does lead to lines of people sitting at the crossing for days in the sun and weather with no resources to help them.

Tags: family separation, immigration, refugees, Steven Miller, Trump
◀ Why Republicans own the shutdown
The crumbling ruins on the hill ▶