The crumbling ruins on the hill 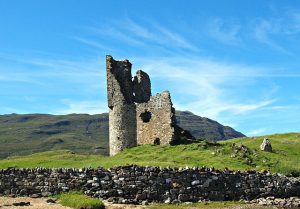 There aren’t too many things that I agree with President Reagan on.  One thing I did agree with him on was the idea of America being the “shining city on the hill”.

Sure, we have rarely lived up to that ideal.  We spent most of the last half of the 20th century destabilizing democracies in Central and South America, the middle east, and Africa.  The result being many of the problems in the world today.  We have mountains of mistakes and a long laundry list of being terrible.  That is undeniable.

The “shining city on the hill” isn’t America, it is what America tries to be.  As Martin Luther King Jr. said, “the arc of the moral universe is long, but it bends towards justice”.  THAT is the story of America. For all of our many mistakes, we took pride in doing better. Being better than we were yesterday.  Doing the right thing….. eventually.

I was raised to believe that.  We may disagree on a lot of things, but at our heart, that was the core of what brought us together as a nation. We, as a nation, all believed that the idea of America was, not just to be the best, but be better than ourselves and to lead by example. Truth, justice, and the American way.

These past few weeks, I have been thinking a lot about what to write here.  The idea initially started through discussions I was having and seeing about immigration. Views from people across the political aisle.

Those discussions took me down the rabbit hole wondering what America’s values really are.  Were they ever really what I thought?  I came to some pretty sad realizations.

I was born in 1975.  I grew up during the cold war. Things were simple.  We were the good guys, the communists were the bad guys. The cold war wasn’t just about having more and more nuclear weapons pointed at each other.  It was about winning the hearts and minds of the world. America was the leader of the free world. We HAD to be better than the USSR.  Not better militarily, but we had to act better.  We had to be that ideal that I believed in.  We had to lead by example so that the world would want to be like us and they did.

After the Soviet Union collapsed, for a few years America continued on its trajectory. We became the world’s police for altruistic reasons at first.  The only Superpower left.

When all the applause was over, we patted ourselves on the back. We believed our own bullshit about American exceptionalism. We grew cocky, arrogant, and self-absorbed.  Like the star high school quarterback who beat down the school bully, we began to bask in our own glory.

Then 9/11 happened. Always looking for a fight, we jumped right in.  We had a new enemy!  A new dichotomy of us vs them, good vs evil.  Just how we like it.

What the post-cold war era and the war on terrorism have exposed are the real American values. It would seem that during the cold war, we simply put aside how we really felt and came together to be better, for the good of the country. We were playing chess with grand masters, we had to bring our A game.

It turns out that the American value isn’t to be better than ourselves, or to strive to be the shining city on the hill, it is just to be better than “them”.  To borrow yet another sports metaphor, we play down to the level of our opponent. Our new opponent straps bombs to children and sends them into crowded markets. It isn’t exactly difficult to be better than that.  Who cares if I want to be a racist bigot, at least I don’t behead people on TV for being gay, right?

It isn’t just our “opponents”.  We have an economy that has intentionally been turned into a pressure cooker.  It is designed to push every to the edge of the cliff and then throw a few over from time to time to remind people of what they have to lose.

We have Fox News to thank for extreme partisan echo chambers filled with lies. I know it isn’t just Fox News, and it isn’t just on the right.  However, Fox News created the paradigm and has spent the last 20 years perfecting it. There is even an entire industry of fact checkers that were created because of Fox News.

We committed torture, as a policy, and millions cheered.

We are stealing children from parents and blackmailing them to get their kids back and millions cheer.

An entire city hasn’t had drinkable water for 4 years, and the collective response is *shrug*.

How is any of that being better that we were yesterday?

At best, we are the country of “NOT”.  Not my job.  Not my problem. Not my responsibility.  Not in my backyard. Not affecting me. Not going to vote.  That is at least 1/2 of the country.  Keep their heads down, enjoy American Idol, and hope they aren’t the next ones over the cliff.

When you listen to Trump supporters, what MAGA actually means is “Make Assholes Great Again” or “Make America a Giant Asshole”.  One of Trump’s advisers recently confirmed this.  When asked what Trump’s foreign policy was, he replied “we’re America, bitch”.

Listen to his supporters talk.  They say “he tell’s it like it is”.  People can be racist, misogynists, bigots, and just the biggest asshole they want to be and Trump says it is OK.  It isn’t about his policies.  Millions of people have resented the idea that a society should behave. They want to be the biggest asshole they can possibly be. The American flag may as well be a raised middle finger on a blank background.

What I have come to realize is that Trump is not an aberration.  Trump is America. He is self-absorbed, narcissistic, a bully, believes himself to be much better than he really is, knows nothing about anything, has the attention span of a gnat, doesn’t take responsibility for anything, and the biggest asshole he can be in every possible way to everyone he meets. Now the world is seeing what America is at it’s heart as it plays out in our foreign policy.

I watched this clip again. It is more true than ever. And more depressing.

I have often pondered the question, are we actually a country, or are we just 320 million people inside of an artificial boundary. After watching the Trump immigration policies unfold and peoples reactions to it.  Along with looking back over the last 25 years of changes in society and politics, I can only conclude that we are not actually a country anymore.

Every country has their differences internally. That is nothing new.  To be a country though, you have to have some shared values at your core. Without that, it’s just a label.

Can anybody point to a core value that is genuinely shared across the country anymore? Truth? We don’t believe in that anymore.  Justice?  Never our strong suit and that would require responsibility. So what is the American way?

We aren’t even pretending to try to be the shining city on the hill. We are actively running away from that ideal. Is “we’ll kick your ass” a value? Are greed or apathy values?

Slow decline is always the hardest to notice.  By the time it picks up steam, it is difficult to stop. I see signs of hope that maybe it isn’t too late, but I don’t know anymore. The levers of power are working against us. Trump is the result, not the cause.

I don’t recognize this country anymore. The strong heart that I believed in turned out to be a pacemaker that has been turned off. We aren’t striving to be better. We are striving to be assholes.

A building crumbles when it’s foundation rots away. What is left of the foundation of American society? What is holding us together?

Is this how empires fall?  A shining city on the hill, left to neglect, rotting at its heart, crumbling to ruins.